An important part of history is the many inventive contributions of Black Americans. Often these achievements are overlooked or unknown, yet make our daily lives easier and more efficient. One such invention is vital to the food industry and an integral part of the Food Bank’s mission to mobilize the community to ensure access to real, healthy food.

Frederick McKinley Jones was a master of electronics whose largely self-taught experiences led him to invent a wide range of devices relating to sound, automobiles and most notably refrigeration. In 1935, he invented the first automatic refrigeration system for long-haul trucks and railroad cars. 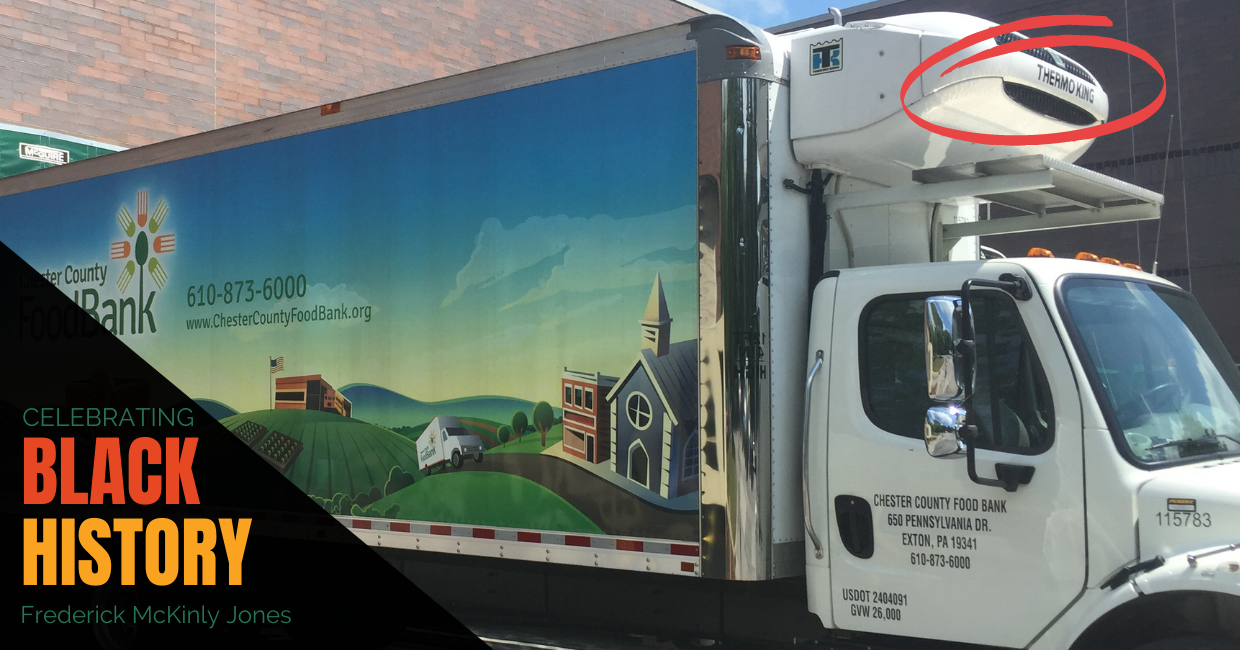 His pioneering designs for mobile refrigeration units led to the formation of the Thermo-King Corporation (Minneapolis) and revolutionized the field of transport refrigeration.  His invention radically altered American consumer’s eating habits; now people could eat fresh produce across the United States during the middle of summer or winter.

You can see Jones’s innovation on many refrigerated trucks that you see on the road today, including the Chester County Food Bank trucks!

Frederick McKinley Jones patented more than 60 inventions but is best known for innovations in mobile refrigeration. Jones was one of the most prolific Black inventors in history earning him a place in the National Inventors Hall of Fame.