The Power of a Neighbor: Wegmans’ “Check Out for Hunger” Campaign for the Chester County Food Bank

Jose Frazer is modest about his role in the process to end hunger in Chester County. As an 11-year employee of Wegmans Food Markets, Jose, area service manager, beams, “I love working for Wegmans. Coming from the restaurant business, I started in the cheese department here. This company provides so much of a positive environment—not only for the employees, but also in their commitment and hands-on involvement in the local community as well.”

Celebrating 100 years as a family-owned company this year, the Wegmans Downingtown and Malvern stores recently presented the Chester County Food Bank with a check for $120,367 and a truckload of nearly 18,000 pounds of nonperishable food as a result of the “Check Out for Hunger” campaign, which ran from October through December 2015.

As part of the campaign, both customers and employees contributed single-digit monetary donations at checkout. “Of course we provided the cashiers with incentives such as gift cards, dinner packages, coffee, tea and candy prizes—but we also shared videos and personal stories of how some of us were personally affected by hunger or food programs growing up,” shares Jose. “I grew up in Philadelphia. My own family sometimes relied on churches, food bank programs and valued neighbors to make ends meet. I’ve experienced firsthand knowing the value of a crucial partnership such as Wegmans and the Chester County Food Bank,” he added, bringing his point home. 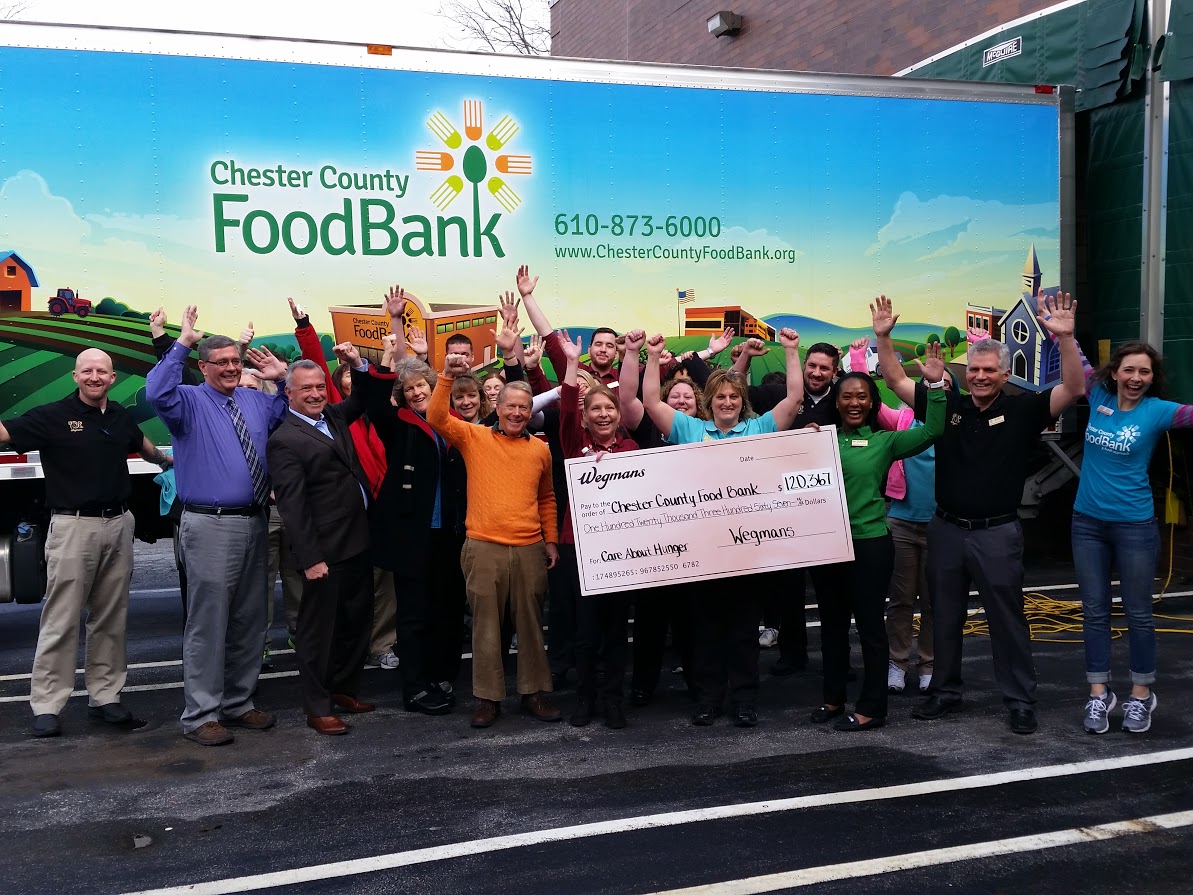 Jose continues with praise of the teams of cashiers “who went over and above with their dedication to get customers involved in the donation process.” Regionally, the Wegmans teams raised $41,730 more than last year, with the Downingtown and Malvern stores showing an increase in donations of over $28,000. Working with the Food Bank for the past five years, Jose explains, “The competition between stores is great because in the end it benefits the people who need it most.”

Additionally, the employees who raised the highest amounts were given the opportunity to help unload and organize 20 pallets of food, including canned soups, vegetables and fruit, peanut butter, canned tuna, cereal and juice, at the Food Bank’s Exton distribution center. 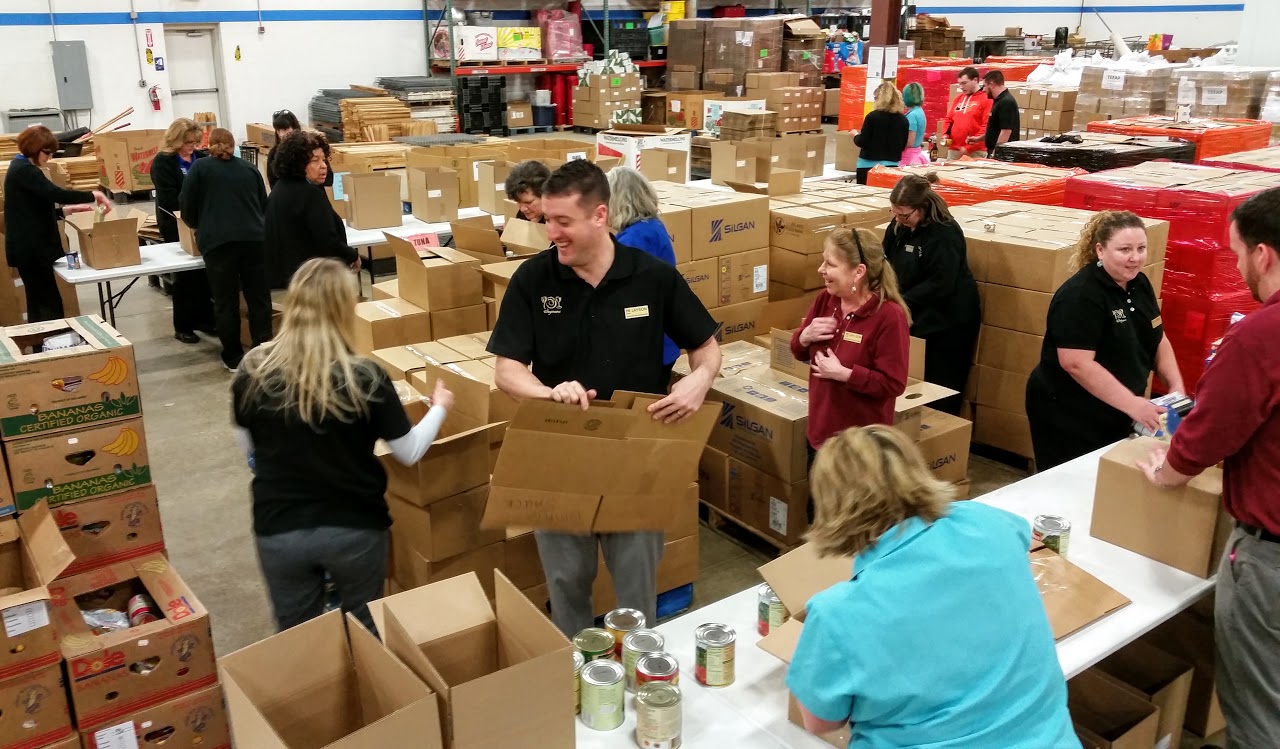 Larry Welsch, executive director of the Food Bank, reflects, “When the Chester County Food Bank started operations in 2009, Wegmans was the friendly neighbor that stopped by with the welcome basket—well, more like a welcome truckload of food. They have been the neighbor that we can depend on. We have never taken their generosity for granted, and each year that we are the recipient of Check Out Hunger we are truly grateful beyond words. We are thankful to be one of the many food banks that Wegmans supports regionally with their corporate giving programs. In order to tackle food insecurity, we have to do it together.”

Anne Shuniak, community engagement and marketing manager, adds, “We also appreciate each and every employee who made this annual campaign a success. Jose is not only a manager who motivates—he’s an example of an individual who gets involved to make a difference. He truly gets what it means to have the support of good neighbors. His smile is contagious and his attitude an inspiration. I value our professional relationship immensely.”

These community partnerships are like the neighbors we come to depend on to hopefully one day end hunger. With the unending generous support of the Wegmans Food Market family, the Chester County Food Bank is one step closer to doing just that.

Of the 3.5 million pounds of food distributed, over 50% is fresh items such as fruit, vegetables, and eggs.