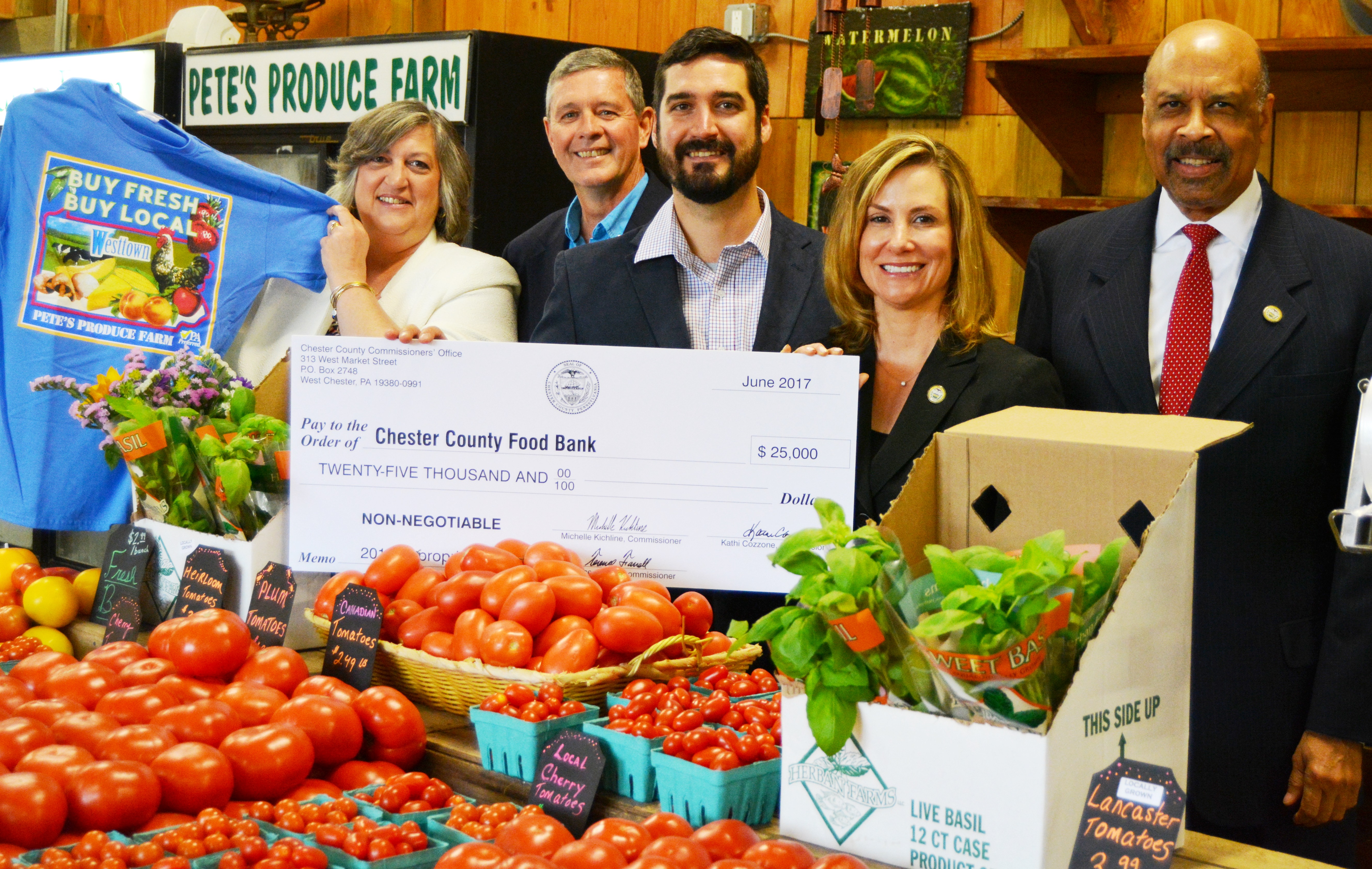 The Chester County Commissioners presented a check for $25,000 to representatives from the Chester County Food Bank this week. The funds are part of the County’s annual appropriations to organizations and non-profits.

The check was presented at Pete’s Produce Farm in Westtown Township, to Larry Welsh, Executive Director, and Norm Horn, Director of Development for the Chester County Food Bank.  The Food Bank grows on approximately four acres of farmland that Pete Flynn, who is also a Food Bank Board member, allocates to the CCFB Agricultural Program. With the help of over a thousand volunteers each season, more than 200,000 pounds of produce is anticipated to be harvested from farm partners Pete’s Produce and Springton Manor Farm.

Nearly $300,000 of state and federal funding channels through Chester County government for the Chester County Food Bank annually, and in addition to the Commissioners’ annual appropriation, county employees donate food and toiletry items to the Food Bank as part of the county’s monthly dress down day program.

The Chester County Food Bank serves approximately 50,000 people a year through their network of more than 120 partner agencies such as food cupboards, meal sites and social service agencies.  Last year, 2.5 million pounds of food were distributed, including over 800,000 pounds of fresh produce.

Chester County is the first county in Pennsylvania to initiate a strategic planning process and has a AAA rating on its bonds from Moody’s Investors Service as well as AAA ratings from Standard & Poor’s and Fitch Ratings.  Established by William Penn as one of Pennsylvania’s three original counties, Chester County has been named by Forbes.com as one of America’s best places to raise a family and is ranked the healthiest county in Pennsylvania by the Robert Wood Johnson Foundation and the University of Wisconsin Population Health Institute.

Sign up to receive our newsletter, stay in-the-know about Food Bank happenings and learn about food insecurity in our community.