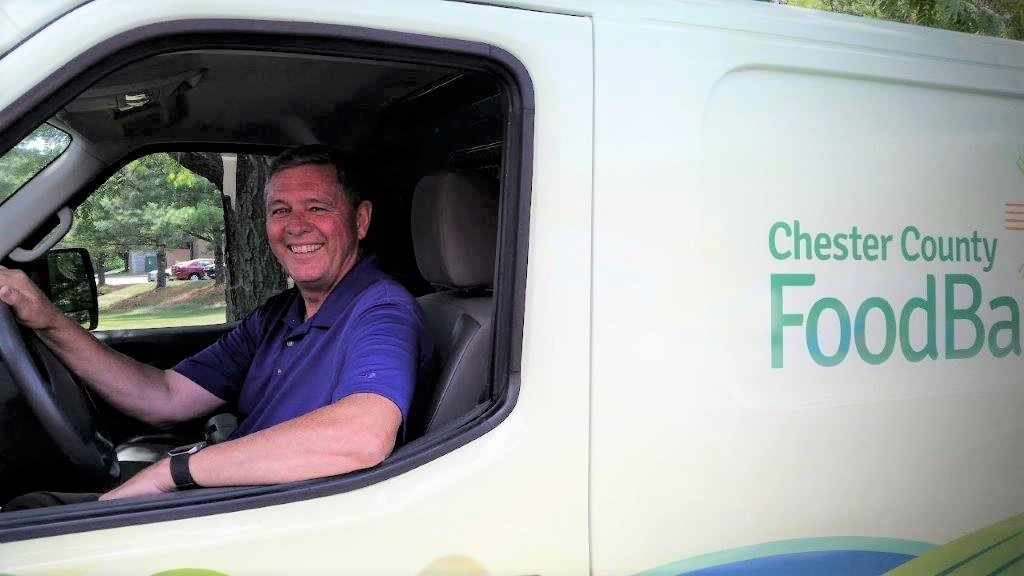 Larry Welsch, the founding Executive Director of Chester County Food Bank, will retire from the organization at the end of this year.

Larry was hired as the first employee of the newly created Chester County Food Bank in October 2009 when county government needed a lead hunger relief organization in Chester County to take over state and federal food programs that were orphaned from a dissolved organization.

Larry began operations in November 2009 in a small two-car garage in Parkesburg and by September 2010 moved operations to a 10,000 square foot building in Guthriesville. Larry’s achievements include increasing the Food Bank’s programs to include nutrition education, strengthening its agriculture program and relocating the operations in 2013 to the Food Bank’s current 36,000 square foot facility in Exton to further expand programs including the addition in 2018 of a culinary training program, FRESHstart Kitchen.

“I have been at the Chester County Food Bank for its eleven years of existence. It has been the greatest opportunity of my career. I have had the privilege of working with an incredible group of people, who everyday give all they can to help make the lives of our neighbors better. I am so grateful to our heroic staff and to our many supporters for what we have been able to do for those in need,” said Larry.

“Before the COVID-19 crisis, I had begun to think that it may be time for me to retire. Clearly, I couldn’t have done it then, but now that we have created systems to cope with the crisis, I feel that the end of 2020 is the right time for me to step aside. The Board has been supportive of my decision and we are laying the groundwork together to assure that there will be a smooth transition. I leave behind an organization whose programs are meeting the needs of the community and have been recognized for their effectiveness by other nonprofits. The foundation of the Food Bank is strong and going through these last few months has made it even stronger.”

“Larry’s passion, coupled with tireless energy, has been inspiring,” said Bob McNeil founding chairman of the Chester County Food Bank and member of the executive search committee. “From its modest beginnings, this Food Bank has grown to be one of the strongest organizations in Chester County and Larry’s leadership has put CCFB on the map in the national food bank community. I am honored to have worked alongside Larry and be a part of the Food Bank’s mission. I do not take lightly the task to hire the next Executive Director of the Chester County Food Bank.”

Larry will remain at CCFB through the end of the year and will help with the changeover to a new Executive Director.

“I will miss the Food Bank, and I am very proud that the Food Bank has helped to make Chester County a healthier place for everyone,” he said of his departure. “I want to thank our many donors, volunteers, boards, partners and everyone who has helped CCFB during my time with the organization. I know with your continued support the needs of the food insecure will be met.” 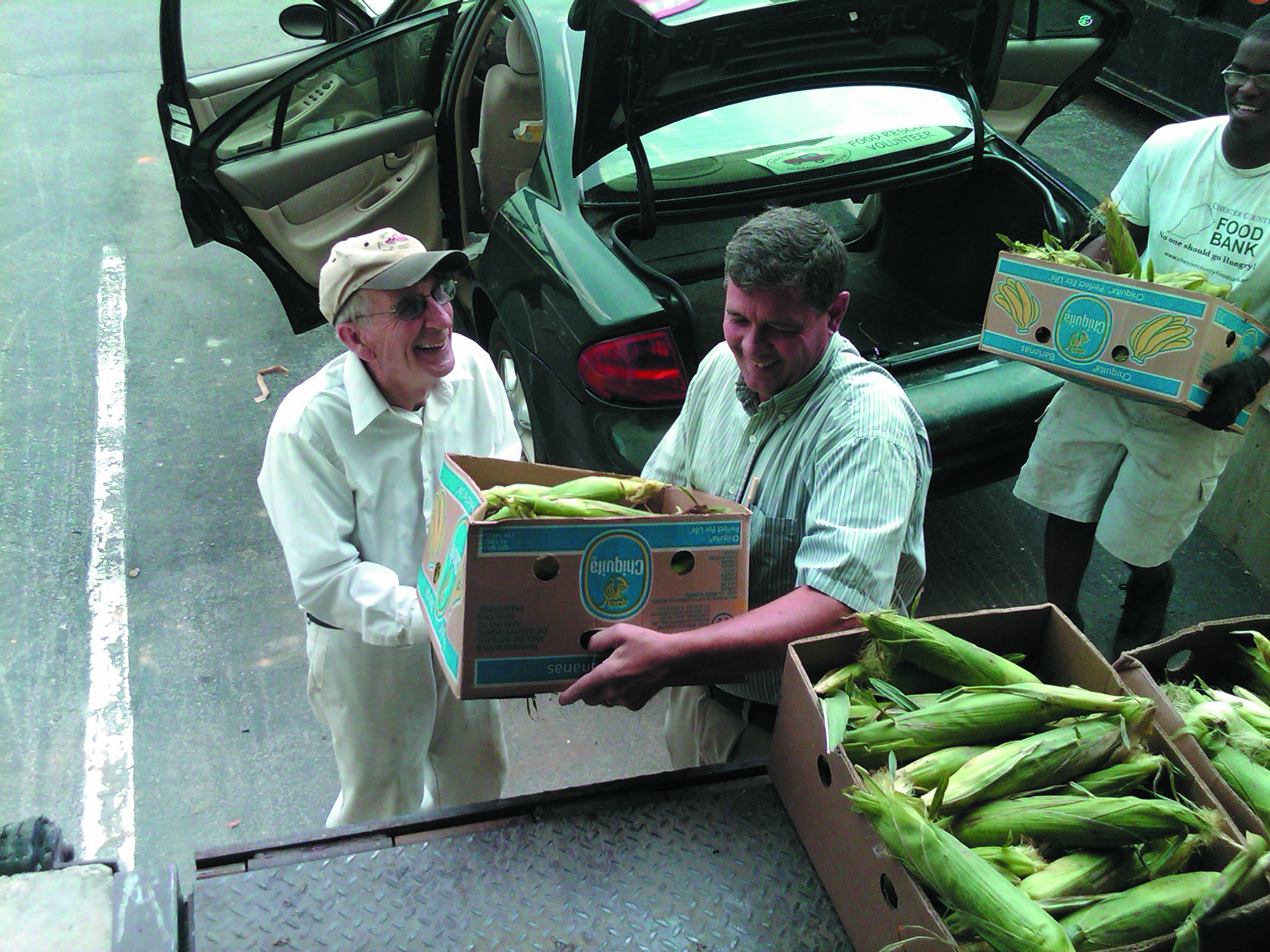 Larry in 2011 with Elmer Duckinfield, beloved ‘grandfather’ of the Food Bank and its first official volunteer.

“It has been an honor to serve as chair of the board with Larry as our leader for the past several years,” said Lauren Harrell, current chairwoman. “His dedication and passion have guided the organization through a period of incredible growth. In light of COVID-19, the Food Bank is needed now more than ever, and the organization’s incredible crisis response would not have been possible without Larry and his leadership. While this is a time to celebrate Larry and his incredible accomplishments, as a board we must also look forward.  To that end, we are dedicated to finding our next Executive Director who can continue to serve our county’s food insecure and lead us into the future.”

Chester County Food Bank has launched an executive search for Larry’s replacement. Qualified applicants can send their resume to CCFBsearch@gmail.com

Sign up to receive our newsletter, stay in-the-know about Food Bank happenings and learn about food insecurity in our community.

« Together We are Making an Impact
Have a Bounty in Your Garden? Share with Your Neighbors »